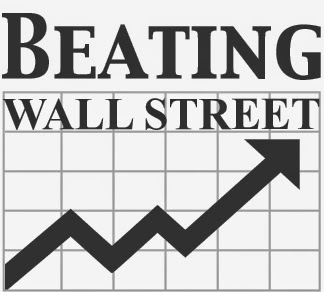 The Science of Beating the Market by Zacks Investment Research


Why do some people succeed spectacularly in the market while others fail?

The market is the same for one person as it is the next.

Yet there are plenty of investors underperforming the market even while it's making new all-time highs like now.

So why the big difference in performance between one person and another?

It all boils down to two things:

1) Knowing what works, and

While the stock market isn't a perfect science, the fact remains that if you concentrate on what works and stop doing what doesn't, you will most surely succeed in the market.

We've all heard the old adage, 'knowledge is power'.

It's a great saying because it's true.

And that saying couldn't be truer than when it comes to investing.

Take a look at your last big loser for example. After analyzing what went wrong, you soon discover some piece of information that – 'had you known that, you never would have gotten into it in the first place'.

This is part of 'knowing what works'.

Did you know that roughly half of a stock's price movement can be attributed to the group that it's in?

And did you know that the top 50% of Zacks Ranked Industries outperforms the bottom 50% by a factor of more than 2 to 1?

And did you also know that the top 10% of industries outperformed the most?

If it was in one of the bottom industries, you should have known to not take a chance on something with a reduced probability of success.

That part is the 'doing what works'. (And not doing what doesn't work.)

If you follow a set of proven profitable rules, you'll have a higher probability of succeeding.

Did you also know that stocks with crazy high growth rates test nearly as poorly as those with the lowest growth rates?

Did your last loser have a spectacular growth rate?

If so, and it got crushed, would you have picked it if you knew that stocks with the highest growth rates have spotty track records?

Once again, this is the 'know what works' part.

It seems logical to think that the companies with the highest growth rates would do the best. But it doesn't always turn out to be the case.

One explanation for this is that sky high growth rates are unsustainable. And the moment a more normal (albeit still good) growth rate emerges, the stock gets a dose of reality as well.

Instead, I have found that comparing a stock to the median growth rate for its industry is the best way to find solid outperformers with a lesser chance to disappoint. And there are growth rate ranges that have proven to work the best.

Did you know that stocks receiving broker rating upgrades have historically outperformed those with no rating change by more than 1.5 times? And did you know they outperformed stocks receiving downgrades by more than 10 times as much? The next time one of your stocks is upgraded or downgraded, be sure to remember these statistics so you know how the odds stack up and whether they're for you or against you.

Did you know that by adding two additional filters to the Zacks #1 Rank stocks, it narrows that list down from 200+ stocks to a more manageable 5 stocks? That's what we did with our Filtered Zacks Rank 5 screen that is up 38.4% so far this year vs. the market’s 7.4%.

Do you know how well your stock picking strategies have performed?

Whether good or bad - do you know why?

Do you know if your favorite item to look for is helping you or hurting you?

Click here to get the answers to these questions and more.